Edgewater is a suburb a few miles southwest of Annapolis, set on the South River, forming the southern portion of Anne Arundel County. It’s a small community with a suburban feel, and provides easy access to downtown Annapolis where you can enjoy fine dining, shopping, culture and nightlife. It’s a happy medium for those who crave a laid-back lifestyle and a city atmosphere all in one.

There are numerous beaches to enjoy with areas for swimming, sand for sunning, and piers for crabbing. You’ll also find some great restaurants here like Old Stein Inn, Yellowfin, The Pier Oyster Bar & Grill and more.

Founded in 1683 by Colonel William Burges, Edgewater was originally named Londontowne. Once a thriving port community focused on Maryland’s tobacco export trade, it was considered to be the original site for the capital of Maryland. In the early 1930s, the community became a popular summer destination for residents of Annapolis, Baltimore and Washington, followed by a boom in construction during the late 1970s and early 1980s.

Things To Do In Edgewater, MD

Edgewater, MD is served by Anne Arundel County Public Schools. Some of the schools serving the Edgewater area include: 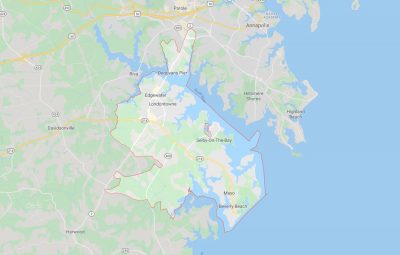